The 1UZFE EGR Delete Kit is available for sale here.
B 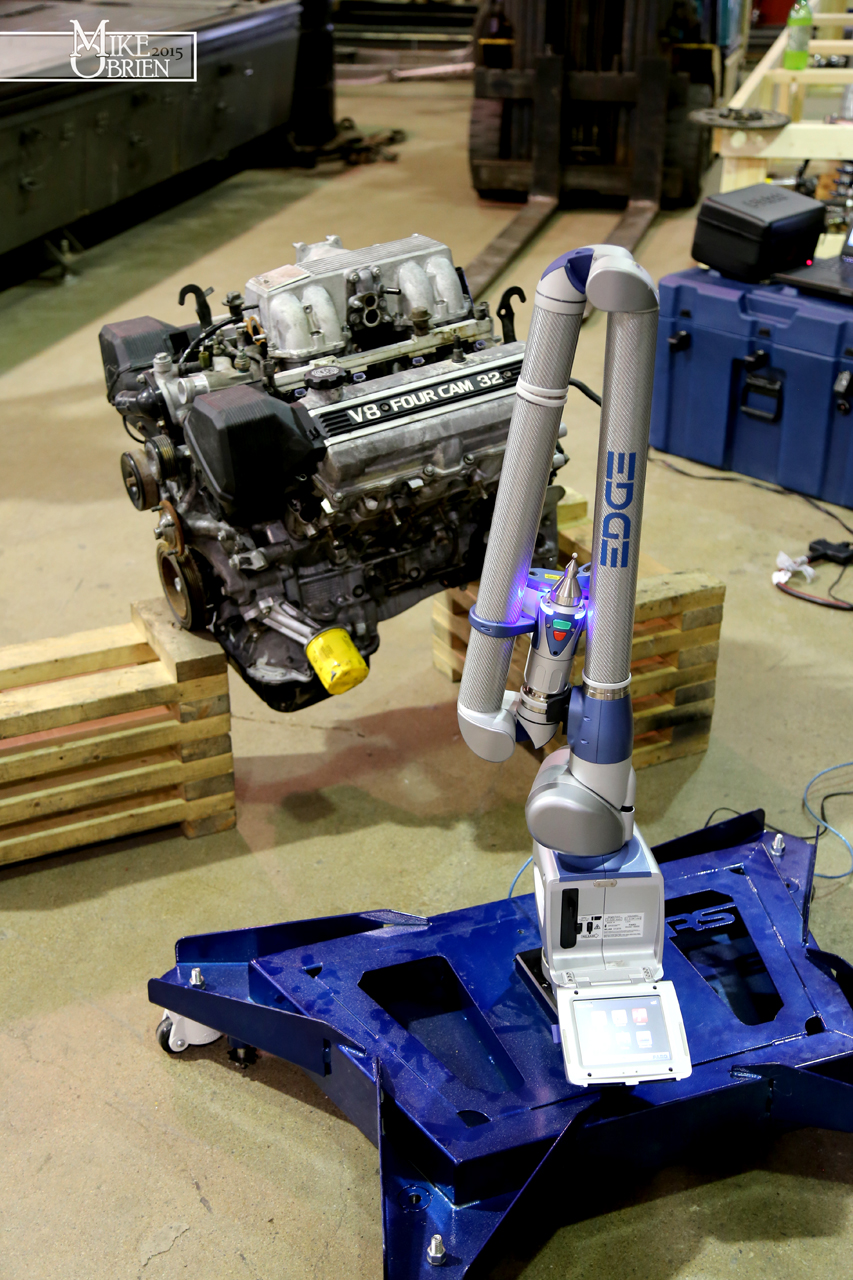 Mike, you have the coolest toys to play with there!

well, that just one up'd my cmm copy of the uz block, what I would give for that scanner, or even just a copy of that file to work with.......
M 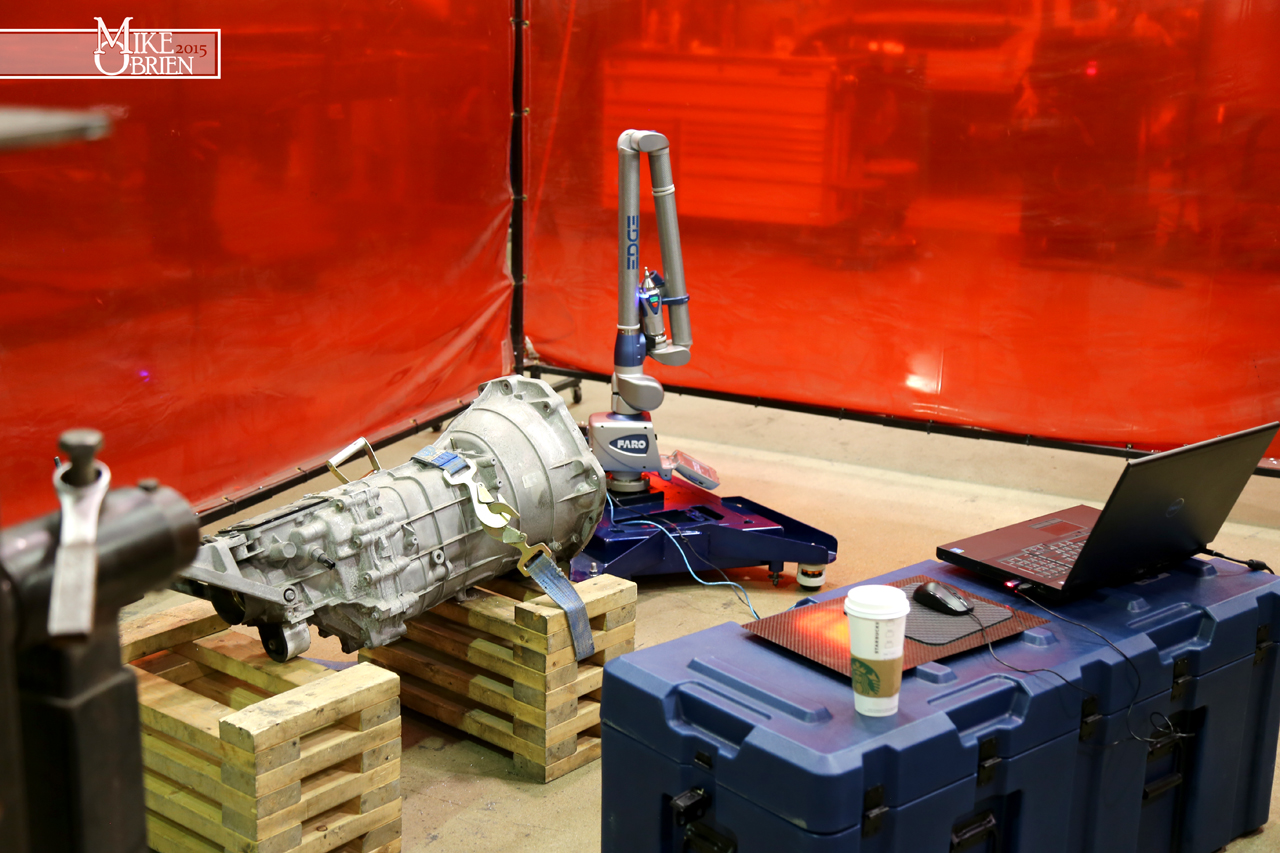 JUST MY .01C having made adapters for the cd009 and many others, it's far from my first choice for 6 sp transmissions. The ratios are all too close together and it's only a single overdrive essentially making it a very shifty transmission behind the uz. You may want to save a few more dollars and get a t56. You will be much much happier with it. Plus the aftermarket for it is huge. And it fits better.
S

4U2QUIK said:
JUST MY .01C having made adapters for the cd009 and many others, it's far from my first choice for 6 sp transmissions. The ratios are all too close together and it's only a single overdrive essentially making it a very shifty transmission behind the uz. You may want to save a few more dollars and get a t56. You will be much much happier with it. Plus the aftermarket for it is huge. And it fits better.
Click to expand...

actually for myself I would love it if there was a single overdrive 6spd that could handle the torque like a t56 magnum does. My car loves when I run a 3.42 rear end in it cause its light and it helps the turbo spool harder but a 0.63 6th gear overdrive means i'm turning <[email protected] and that lugs the engine and it hates it.
4

George Kreppein, vice president of Manufacturing for Rockland Standard Gear (RSG), has used his relationship with the folks at Tremec to manufacture the proper combination of parts to improve upon the situation. Now, 0.80 Fifth and 0.74:1 Sixth gearsets are available, along with a new 25-spline input/30-spline output mainshaft to make it all work.
M

Lol, guys, where has this thread gone to in the background?

You guys are thinking way past my transmission choice. I know I haven't explained the plans for the Datsun build (to be explained in a new dedicated thread in the future), but the plan is a budget rat-rod-ish short track/street hoon machine. I had been watching craigslist for any 5 or 6 speed that could handle about 250 ft/lbs ok for a while, and when this little guy poped up for an awesome price, I just grabbed it. I knew the gearing was short, but as Stevie said, a tall rear gear can make more use of it. That being said, nothing is more "shifty" than my 2013 Volkwagen GTI 6 speed. Normal pattern for me to drive in is 1st, second, (sometimes 3rd) 4th, 6th. So many useless gears! 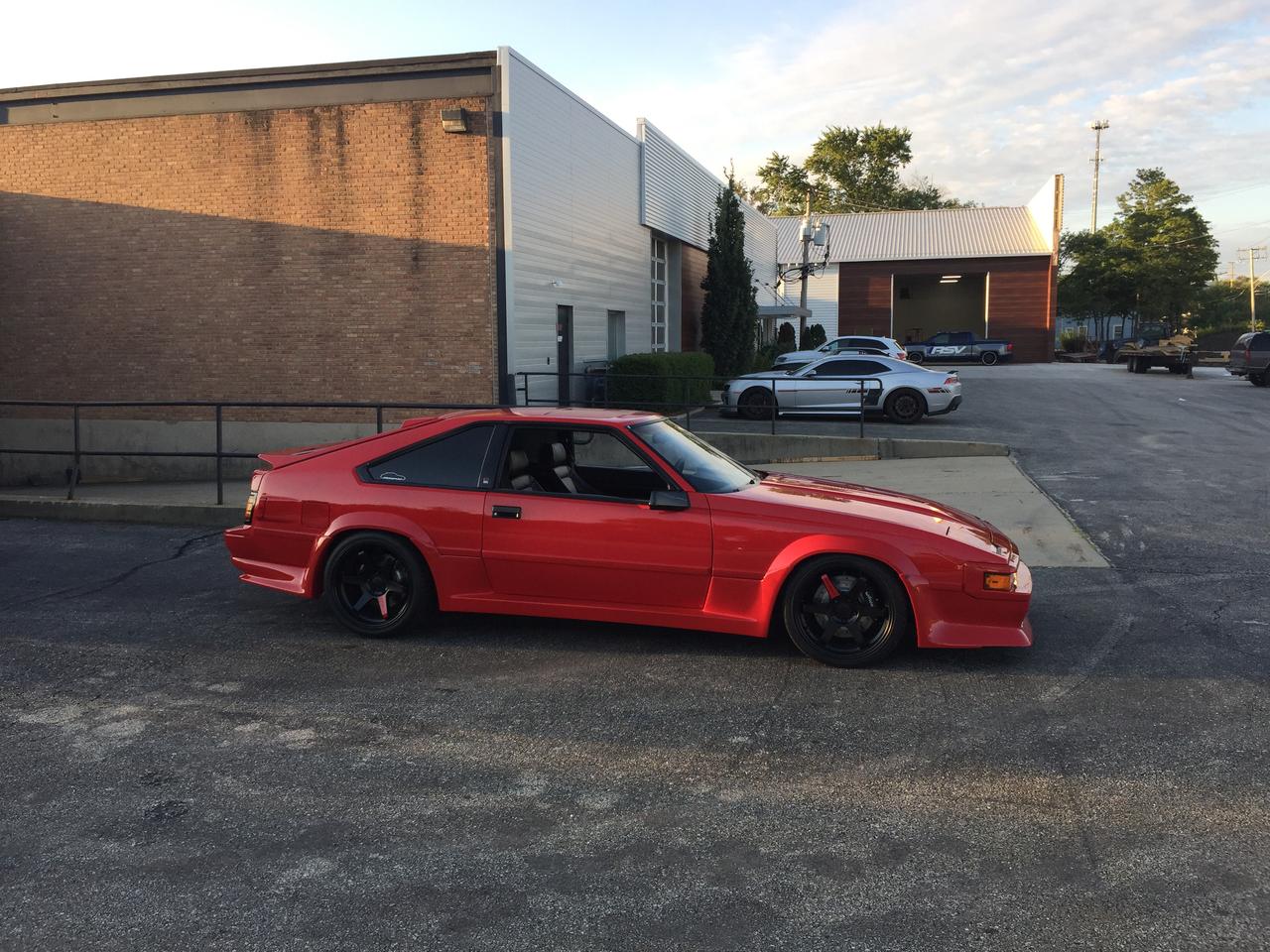 Crappy cell phone pic, but glad to report the car is with me in the Northern Chicago suburbs (where I work) and running great. Cooling has been fixed and is very reliably relaxing (will explain in a much needed update later), and I have been spending some time just simply enjoying cruising the car around. It's been almost over 3 years since iv'e had it on the road, but the response from onlookers has been very humbling. Nearly every place I stop, people want to know more about it. Gas stations, stop lights, even when i'm cruising down a four lane. People generally just seemed to be confused by the car, because they don't know what it is, but the puzzling exhaust note seems to definitely grab most people's attention.

I cant thank all you guys enough for the help and support through the years, I couldn't have done it without you all.

The only small things I would have to comment on is that:

1. There seems to be random times when there is a weirdly consistent stream of slight smoke/vapor coming from my catch can outlet, mainly at idle. Nothing too alarming, but it is weird. I didn't notice this at all on my turbo 6 cylinder car which I knew had some worn rings, but this motor seems sealed up very tight by the total lack of smoke from the tail pipe when I wail on it. Perhaps check valves or a vacuum draw from the pre-turbo pipe are in order? I was hoping to keep the crank vent system completely separate from pre turbo pipe as i didn't want to accumulate any oil/sludge on my turbo impeller, but I'm thinking I might rather deal with cleaning that a few times a year versus smelling the catch can vent to atmosphere.

2. It would seem that my darn spark plug tube seals are leaking again on the driver valve cover gasket, but not alot. Just enough to drip down every once in a while on the hot exhaust manifold and make some nice smells for me. I would say it has more of a tendency to leak when I really beat on the car, which again may be a crankcase pressurizing issue? This is a salvage motor I haven't opened up internally, so I was suspecting it more than likely would have a little blow by. I would certainly like to stop the oil leak if at all possible though, as hot oil dripping on very hot exhaust can be worrying probability for a oil flare up/fire.

I will try to grab good photos in interesting areas this week, and maybe more video footage. Thanks again everyone, and be on the lookout for another big update soon to explain some of this things i have finished on the car to this point.

An update is coming, but here is a sneak shot of the new fan/shroud/pipe setup to help this jalop stay cool. 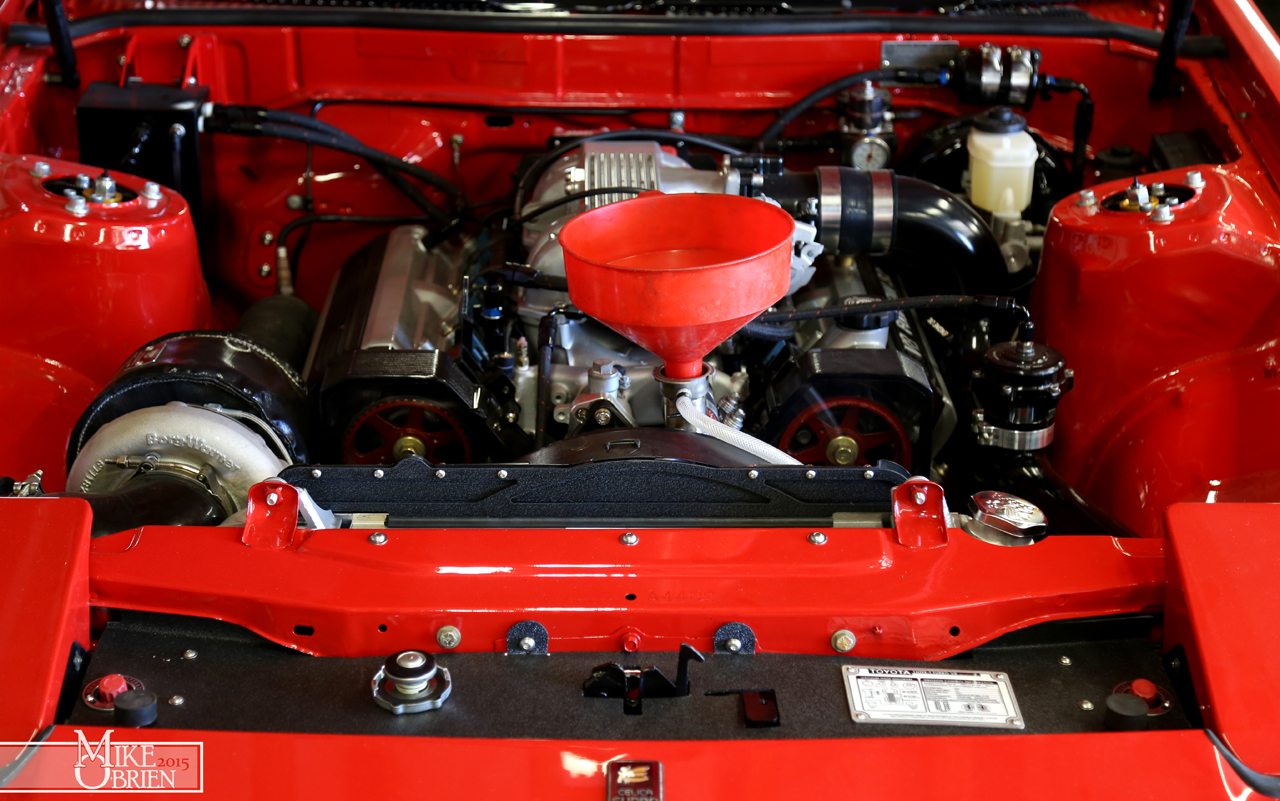 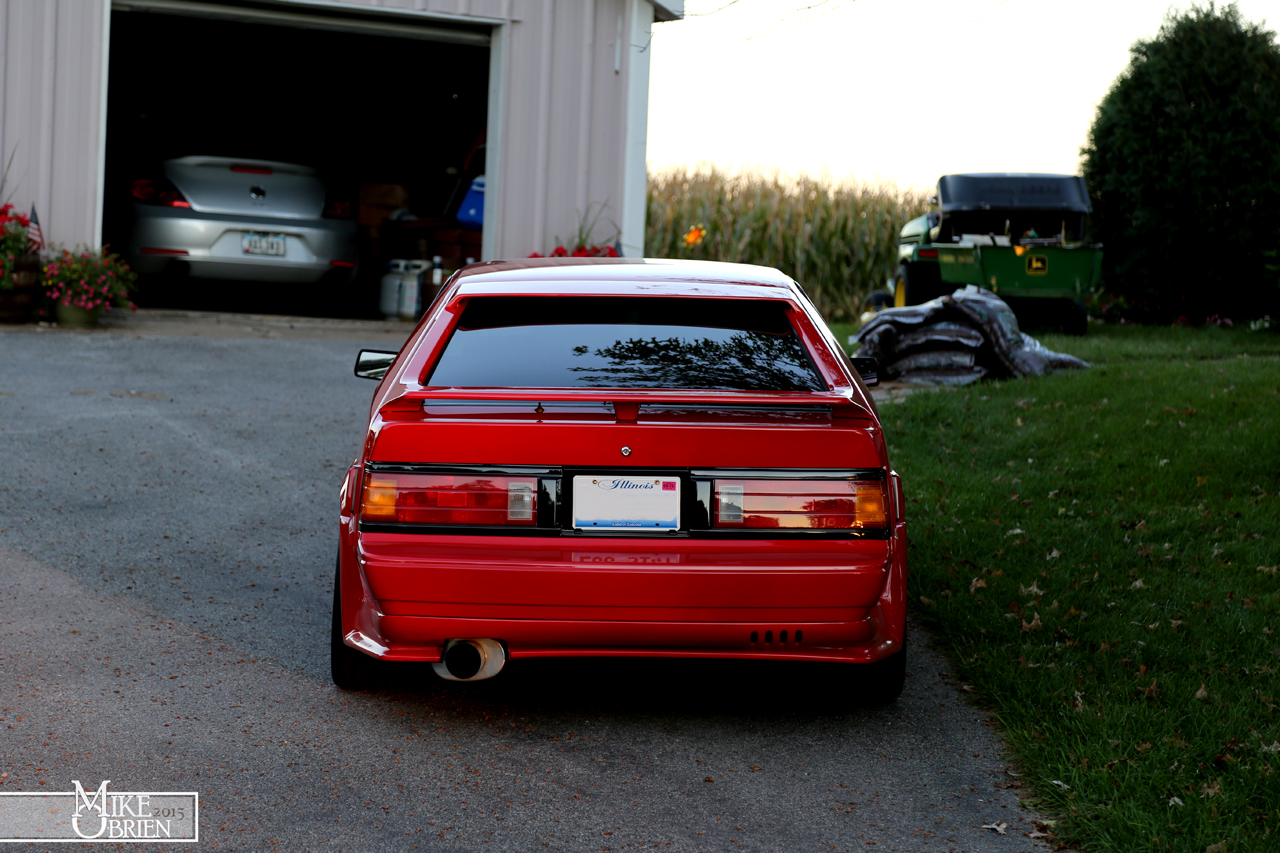 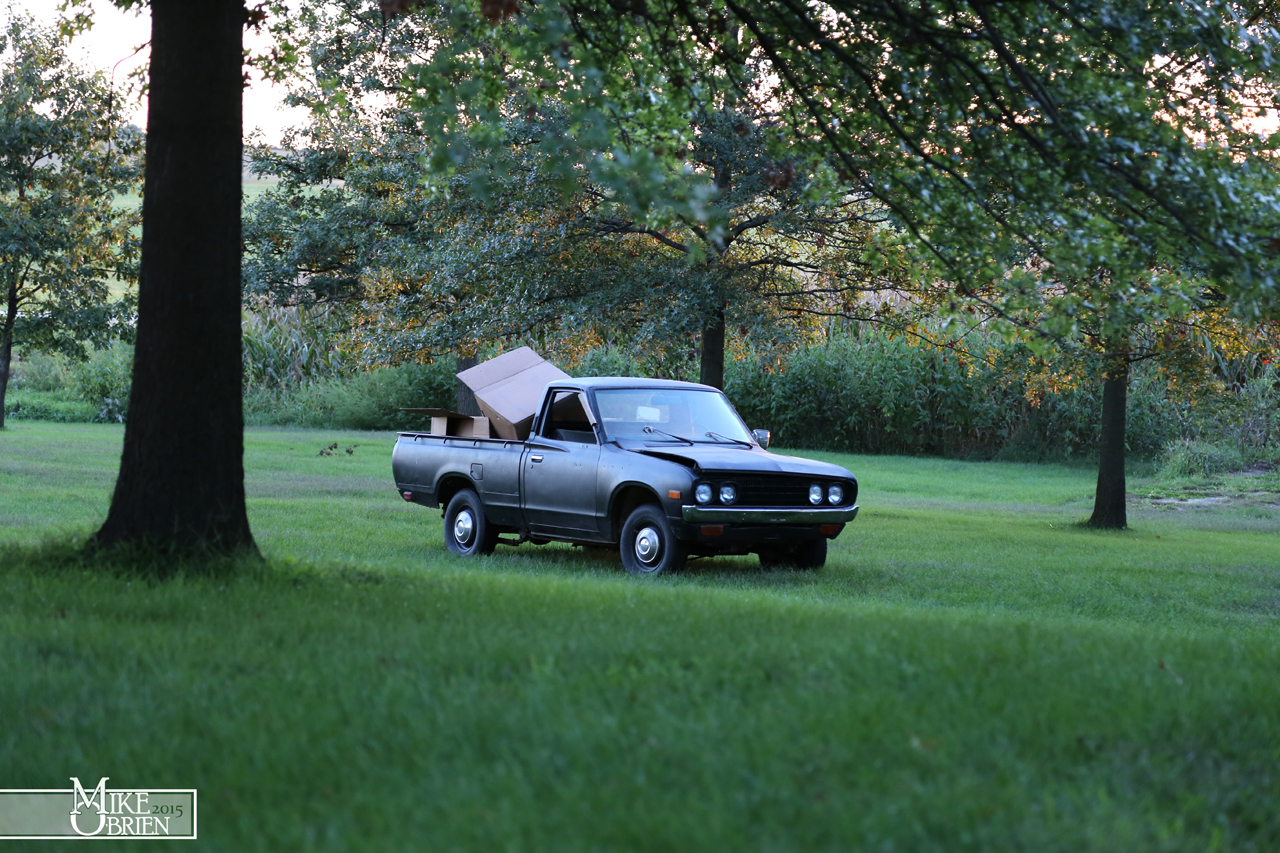 Here are the last few pics from me for the season. I may or may not have poped the head gasket(s) on the 1UZ the other night after leaving a car show. I noticed a bit of smoke earlier in the day, but it started belching out by the time I got half way home. Revving the motor makes the cooling system sound like it is surging and pressurizing, but it was too dark out to check the coolant and oil. I wonder if my cooling and bleeding issues could have been related to a small coolant jacket break in the gasket all along. I think the plan is to pull the motor out, and see what is going on, it could be more than head gaskets since I also had the crank case pressurizing enough to squirt oil out of the spark plug tube seals and smoke come from the PCV cansiter vent. It might be easier just to swap one my other 2 salvage yard 1uz's I have sitting in the garage in, or buy a running ls400 that has a motor with a clean bill of health and just use that. At least I got one show in! 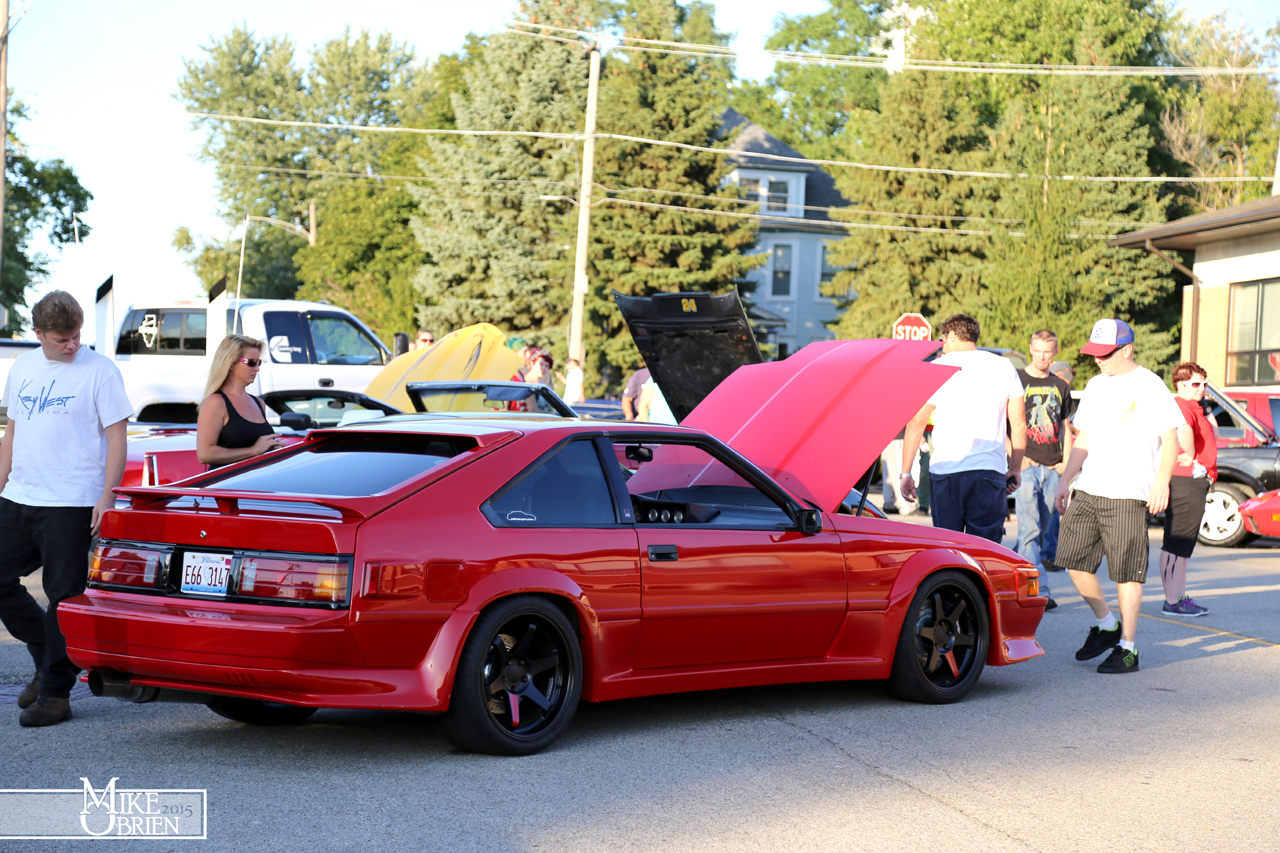 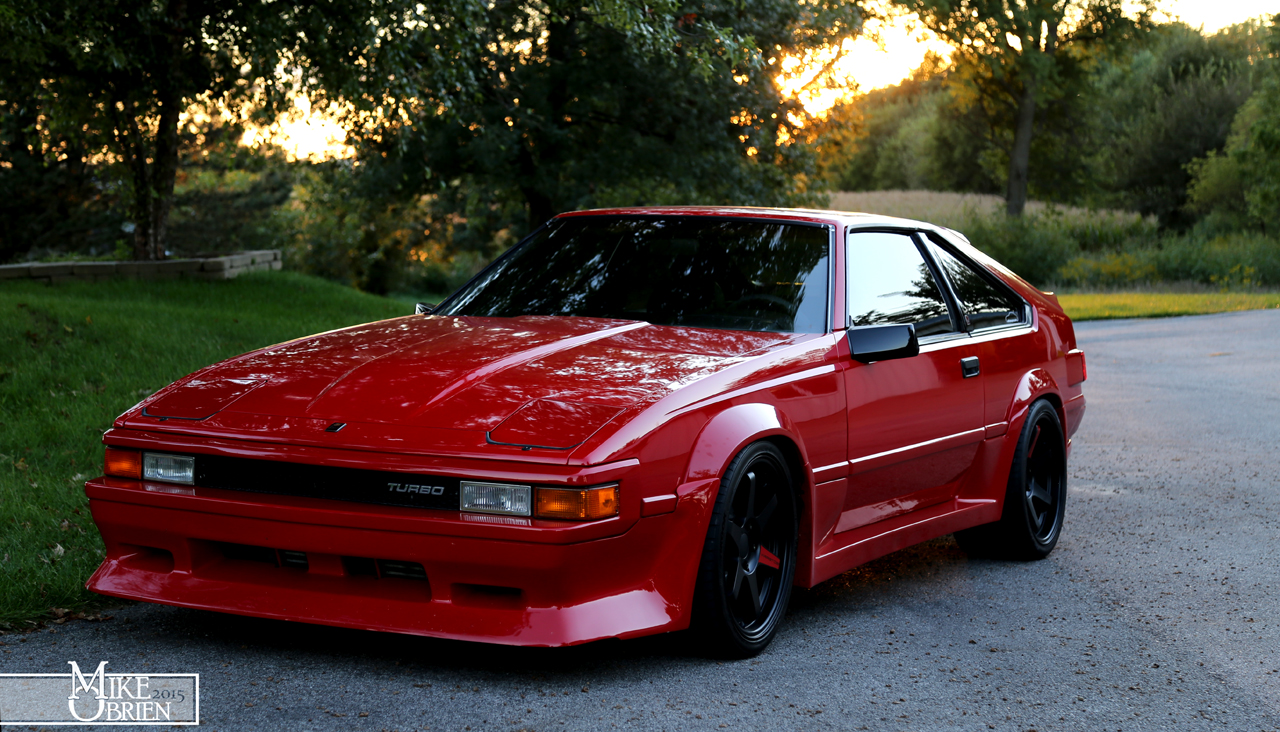 Dude love it! Haven't been on here in a while! I'm finally in a position where my car is in the garage, and I have nothing but time to rebuild my turbo 1uz. This time focusing on the details. Inside and out. I am going the same route, build everything and see how the stock longblock lasts. Then later on, if need be, I will pull it and go thru the motor. Love the build its the BEST documented, detail oriented on the web!
M

The Supra has been stored away while the temps are miserable here in Iowa/Illinois, but I am still full speed ahead on the Datsun project. Just hit my deadline last week of finishing the new chassis/suspension and mounting the cab and bed to the new frame. 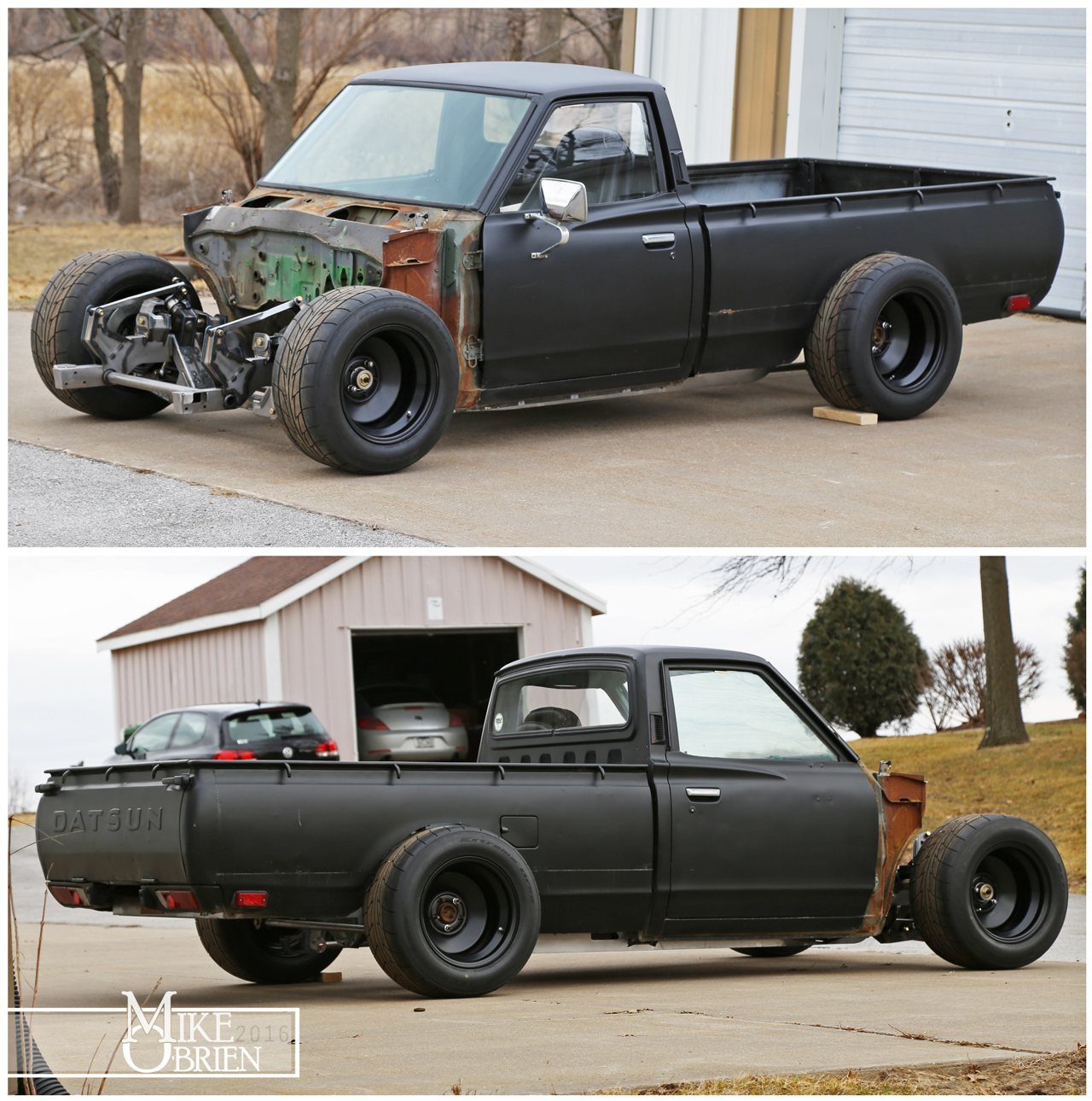 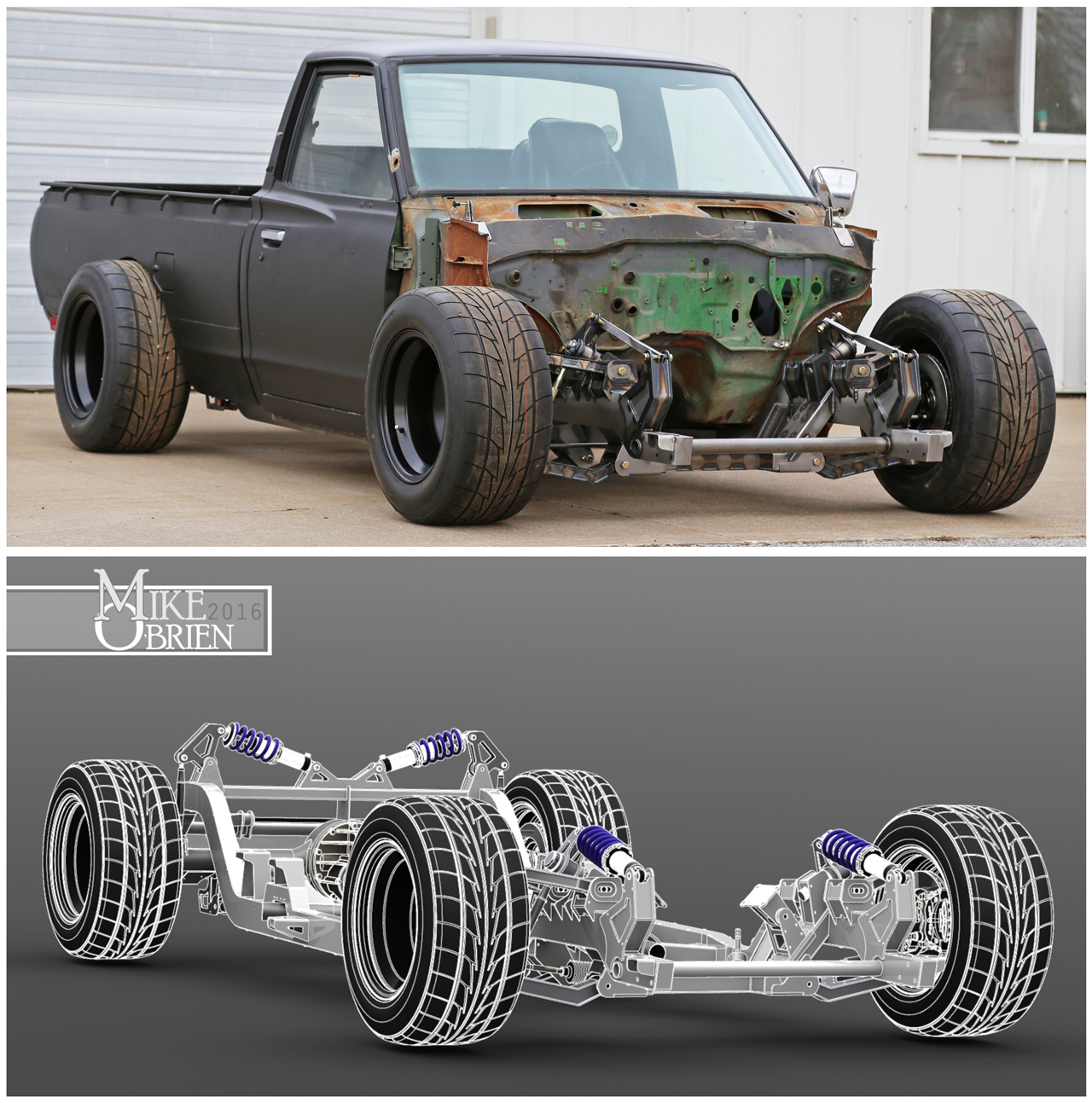 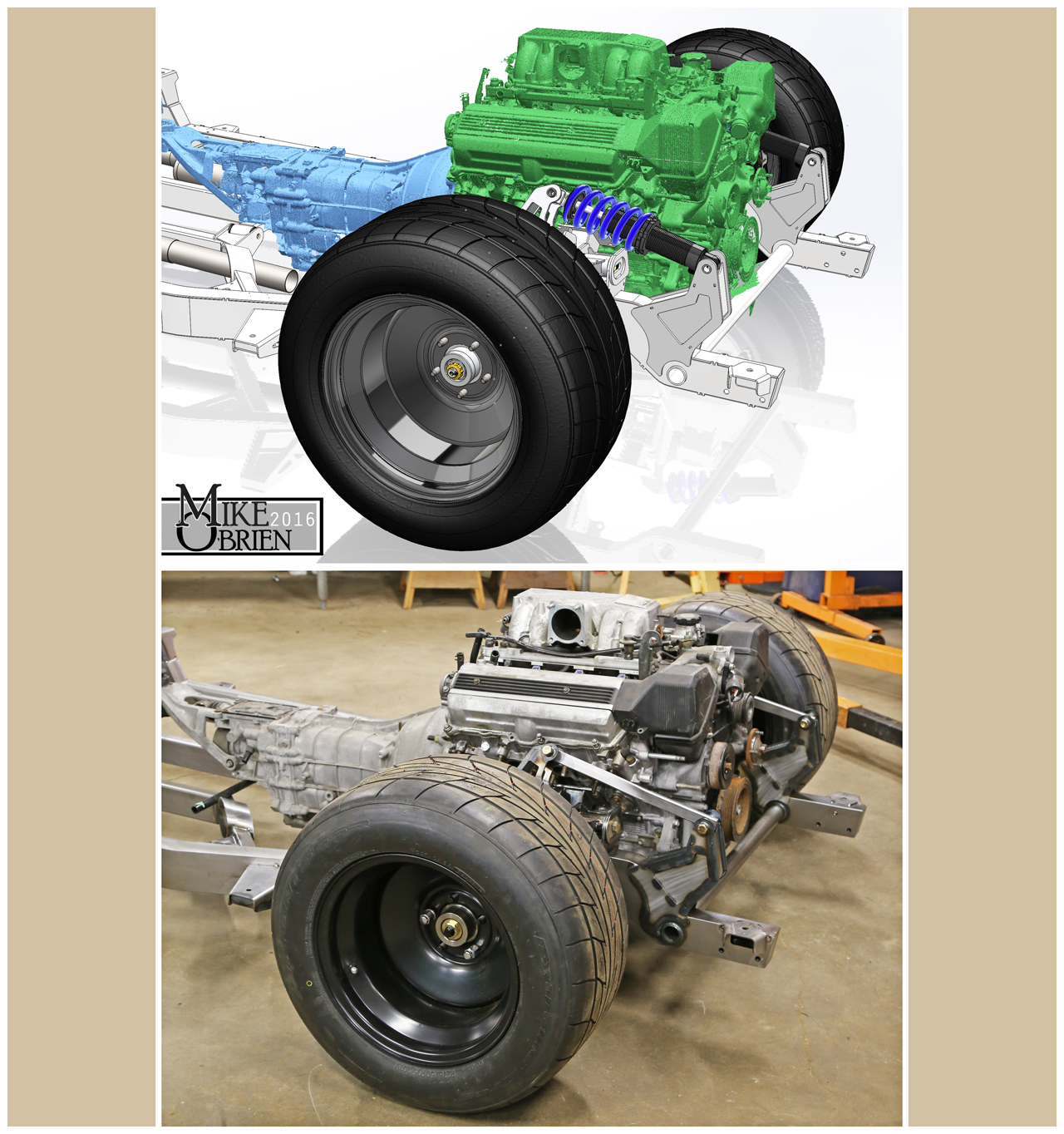 Lots of info and pictures to go through, but I am hoping to start a new thread soon on this project.