gloverman said:
Or better still is to replace the brittle connectors.
Click to expand...

I'm finally doing what Kelvin told me to do 2 years ago...

I built a brand-new harness for the front of the motor, new connectors, new wire, new wrap. And added new cam sensors. A few new connectors for elsewhere on the motor. I'm not used to such nasty brittle connectors, and it's so nice to have new ones in there. Should have done it in the first place.


It felt so good to actually put stuff together. Put that all on, with my new timing components. And put some oil in it. Kids were sleeping, so I couldn't fire it up, but hopefully this weekend I can make some noise and progress. 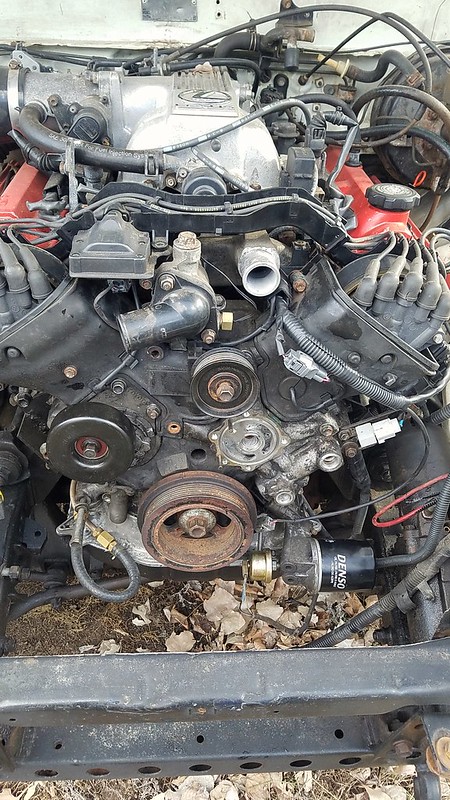 It's not my priority, have 2 cars to fix and sell, and want to get my van road-trip-worthy by August, but now that winter is finally breaking and our son is sleeping better (and therefore, so are we), progress is a little easier.
N

I spent some time this weekend chasing some odd issues.

First, it took much longer than I expected to prime the oil system, but finally got it to reliably trip the pressure switch (which, is only a few psi, but it's something).

Then I got everything plugged in, battery hooked up, and went to fire it. ECU is running the fuel pump (via the stock pump controller) and screw on the damper is rising, my aftermarket tach is registering cranking rpm, but no life on starting fluid, and inductive timing light does not flash on either coil wire.

After some more experimenting, there appears to be some residual voltage on MREL after shutoff holding the ignition relay on. It will stay on until the battery or relay is disconnected.

Jumpered TE1 to E1 to check for codes, and the light flashed continually at first. Then every cycle after that, it would just stay on steady.


So, I need to spend some quality time with the multi-meter and see what exactly is going on. I do have several temporary connections, as I'm intending to build a new fuse box to serve the engine and body together, so I might improve those.
N

Again, managed a few hours of the last few days. I disconnected my front harness that I had made, and used my DMM to make sure I routed all the wires correctly. I put it back together, and watched the voltage on that Ignition relay. And it worked perfectly, and the engine started right up.

So I moved on. I picked up an alternator for a 3UZ for a couple more amps.

Here's the stud to utilize the 3rd mount on that alternator: 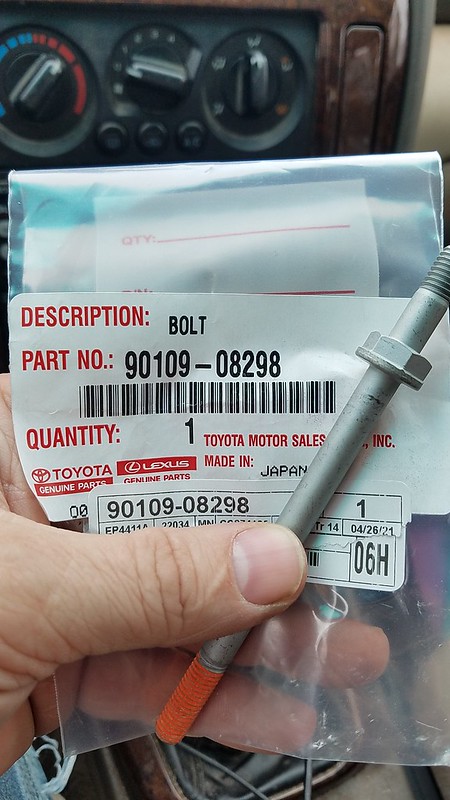 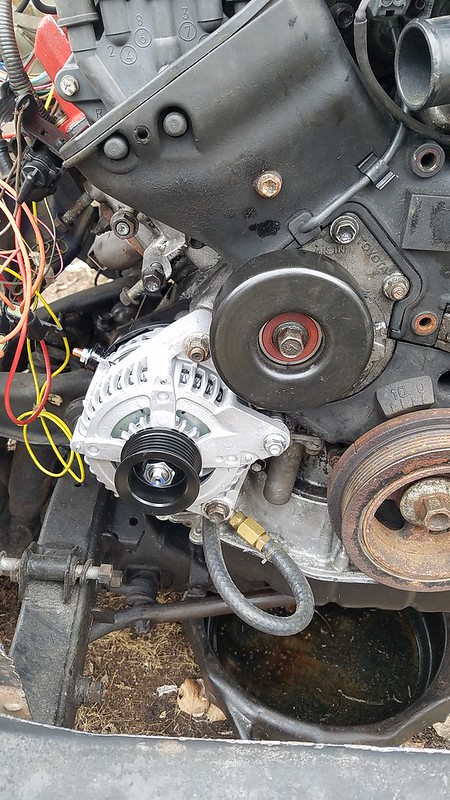 Got that installed. Put the power steering pump on, realized that the reservoir blocked the upper timing cover, removed pump, installed cover, reinstalled pump. I spent some time last night modifying the RH exhaust manifold to get it routed just the way I want.
N

I've played with the exhaust some more, that's coming together. Slipped some fire sleeve over the power steering pressure line and transmission dipstick tube.

Had a couple hours at home, by myself this morning. Started it up, revved it a few times. Drove it up onto ramps so I can better work on exhaust. It sounds good free-revving with open manifolds, anyway. 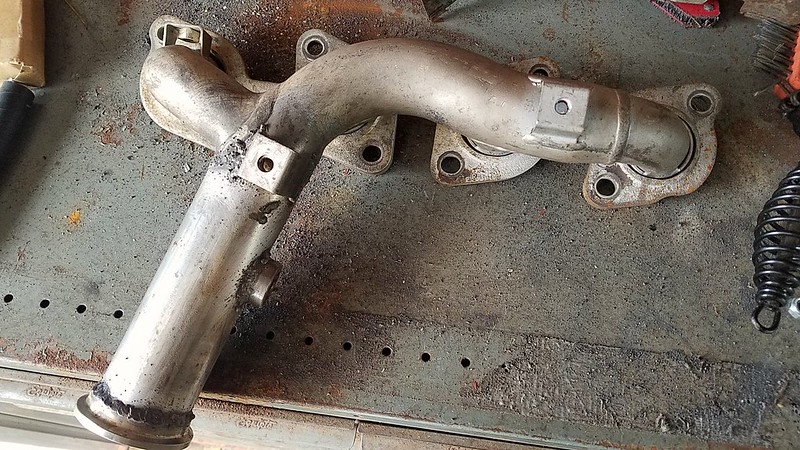 
Working on electrical. Replacing the entire front harness and fuse box. Relocating the main JCase fuses to the LH side next to the battery, as most of the circuits for those go into the bulkhead harness there, anyway. Then putting a main circuit breaker there, and running a main wire from there to the RH side for the alternator and rest of the underhood fuses/relays. And converting to positive switched headlights. And started mocking up the SC400 air box where the battery was.
N

First draft of the new front wiring harness/fuse boxes. There's a couple things that will change, and I'll make a clearer digital version as I go, but just for planning out the basics. 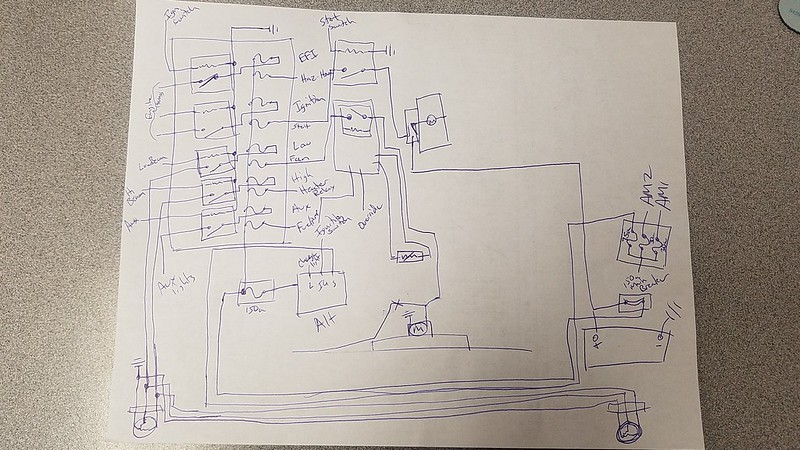 Adding relays for the Engine into the box, replacing the single factory headlight relay with separate high and low beam, that are controlled by the ground signal from the switch, and none of the load goes through the switch.

I used an aftermarket coolant tank for a '90s truck, which is smaller than the one on mine (There doesn't appear to be an alternate part number, but my tank is much bigger than anything I've seen. Maybe unique to the 22RTE). Then bolted a universal battery tray to the inner fender. Then built a simple tie down with a bracket to hold a circuit breaker and JCase fuse box. 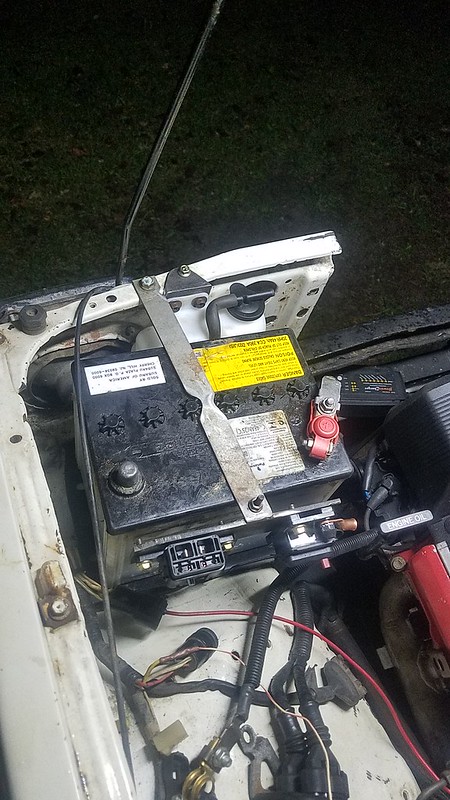 Next, to start building cables to run over to the alternator and fuses/relays on the other side.
N

Bent up this simple sheet metal box to mount in place of the factory fuse box, but fit nicely behind he SC400 airbox and leave much more room for breakers, fuses and relays. 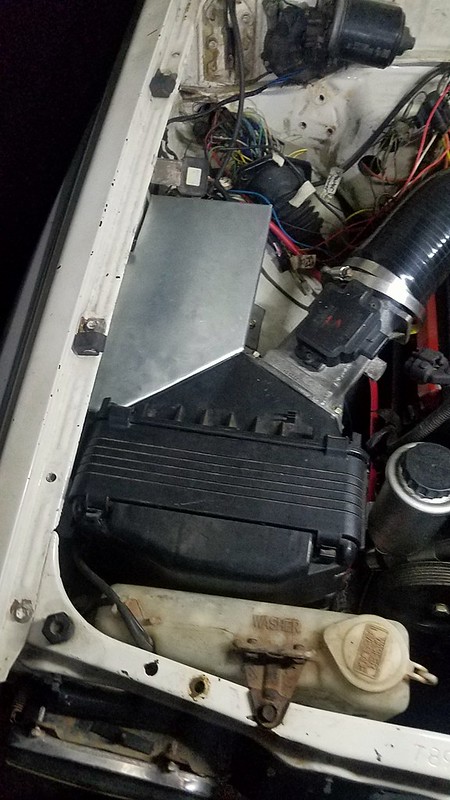 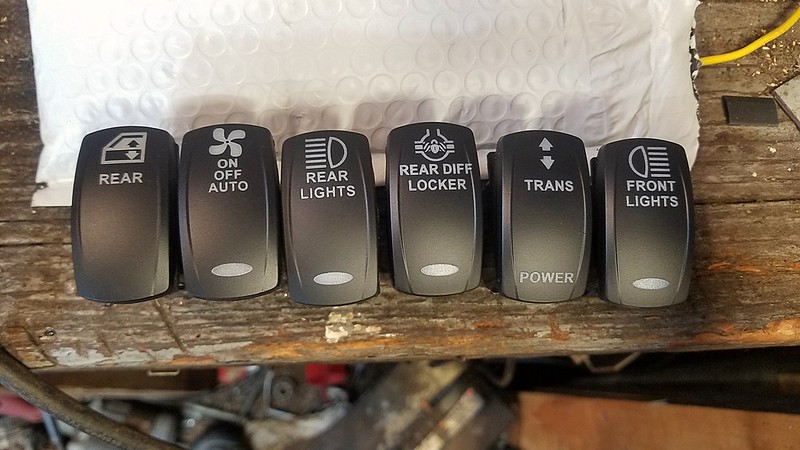 numbchux said:
Bent up this simple sheet metal box to mount in place of the factory fuse box, but fit nicely behind he SC400 airbox and leave much more room for breakers, fuses and relays.

I understand you are planning to start laying the cables to connect to the alternator and fuses / relays on the other side?
Last edited: Jun 22, 2021
N

benevideslauren67 said:
I understand you are planning to start laying the cables to connect to the alternator and fuses / relays on the other side?
Click to expand...

Yep, I've already made the cables, just a matter of finalizing their routing and securing them.
S

Just bumping this thread a bit. I am getting ready to yank the 1UZ and transmission out of my donor LS400 and do the same as your Youtube video. Get it running as a standalone and strip out all the unnecessary electrical and as you have found out and Kelvin stated in his videos, a harness rebuild is nearly mandatory.

"First draft of the new front wiring harness/fuse boxes. There's a couple things that will change, and I'll make a clearer digital version as I go, but just for planning out the basics."

Any progress on your final schematic, digital or PDF version ?

I believe that the wiring itself is in good shape on most harness's, the connectors have just become brittle and shatter when I have attempted to disconnect non-essential ones on the interior of the LS400. I am not going to mess with the engine bay until its time to yank it.

Where did you source your replacement harness connectors? Dealership here in the US? Kit shipped from Cartune NZ?

Thanks for sharing all your work.

I am working on digital versions of the diagrams during my few free moments in the evenings. I will absolutely share them as they develop. My goal is to have a complete pdf Electrical Wiring Diagram file for my truck, containing the relevant diagrams for all remaining 4Runner circuits, the added Lexus/Tacoma (elocker) circuits, and any custom circuits, showing all modifications I've made. I intend to make these public once I'm happy with them (although that will likely be some time, yet). Any particular circuit you are curious about? Most of this stuff will be highly specific to my setup.

I highly recommend buying from @gloverman @ Cartune. He's not the cheapest, but the information he's supplied to the internet (through this forum, numerous Facebook groups, and his YouTube channel) is invaluable. That said, the shipping from NZ was more than I expected, and while I was completely willing to spend more with him, having so much of it just go to shipping cost didn't seem to make sense. So I ended up ordering from Corsa Technic, as they're just over in Wisconsin, and then sending the difference in parts cost to Cartune as a donation.