When I was doing GS430 Block Vs. LS400 Block (3UZ vs. 1UZ) I totally over looked the differences between the two engines.  My initial thought was they are all the same.

However, assume they are the same between the two engines is an understatement.  In fact the two blocks have major differences.

In this article I will focus on the 6 bolt main.  Although the thread and pitch are the same, but that is as far as it goes.  The 1UZ has 4 main studs and two side bolts in each main cap.  There are a total of 5 main caps.  The 3UZFE on the other hand have all main bolts.  The main bolts are the same size in the 3UZ.  However, in 1UZ, the length is different between the outer and the inner studs.  Lets look at some examples:

The first picture is the overview of the two main fasteners.  On the left are the 1UZ and on the right are the 3UZ.  You notice the different in stud length on the left.  On the right, the bolts are the same length.  The only thing both engines share one common bolt is the side bolt. 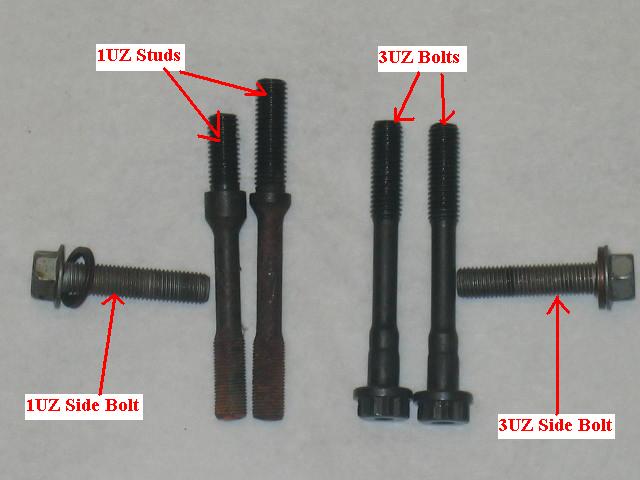 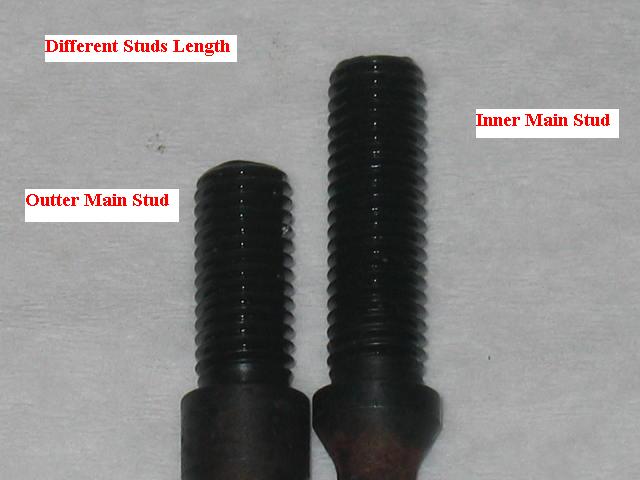 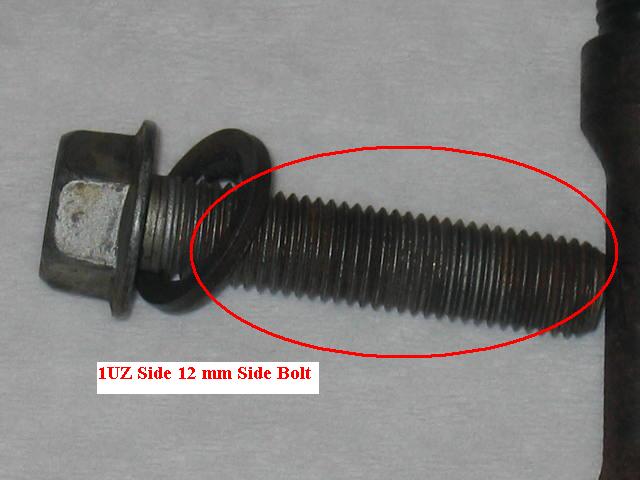 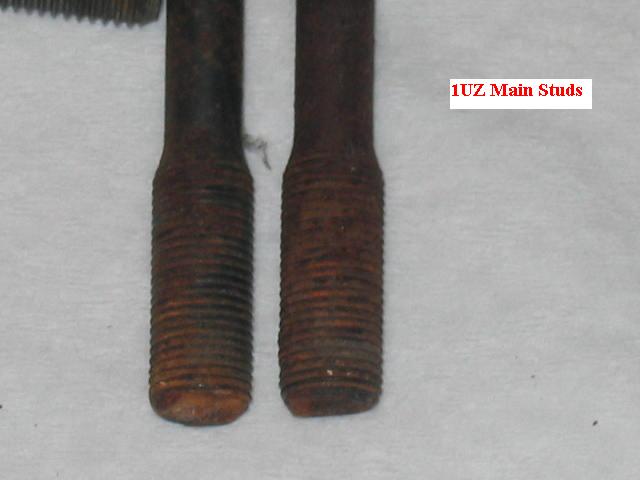 Here are some pictures of the 3UZ Main bolts.  The main bolts are all the same length.  The exact length 3UZ bolts are 3.593″ 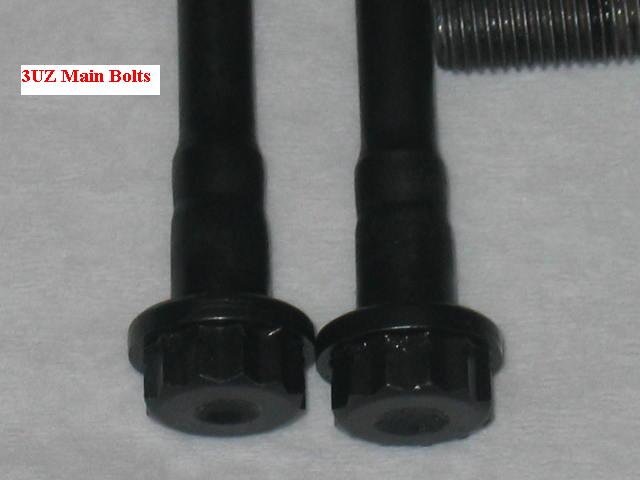 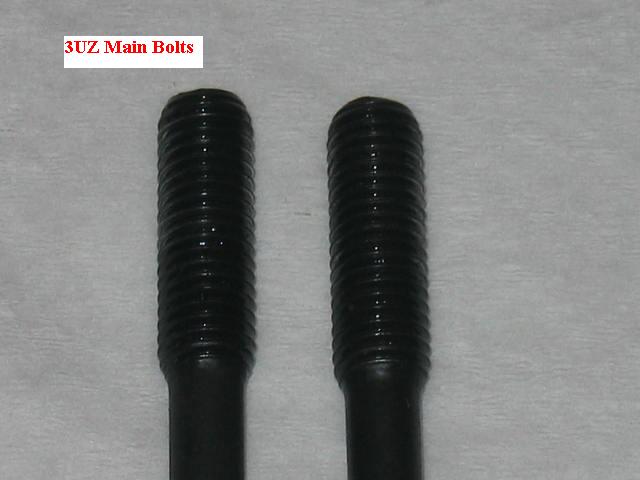 Here is an interesting picture.  On the left is the standard 1UZ head studs, in the center is an ARP Main Stud and on the right is the 3UZ main bolt.  You can see the size difference between the two fasteners.  I would prefer the middle fastener if you a strong bottom. 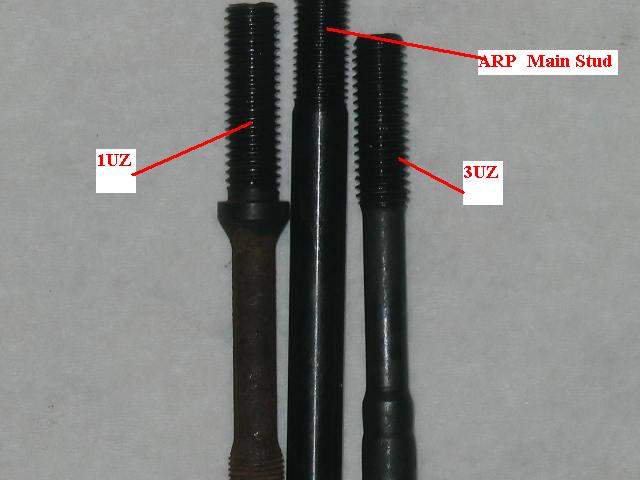 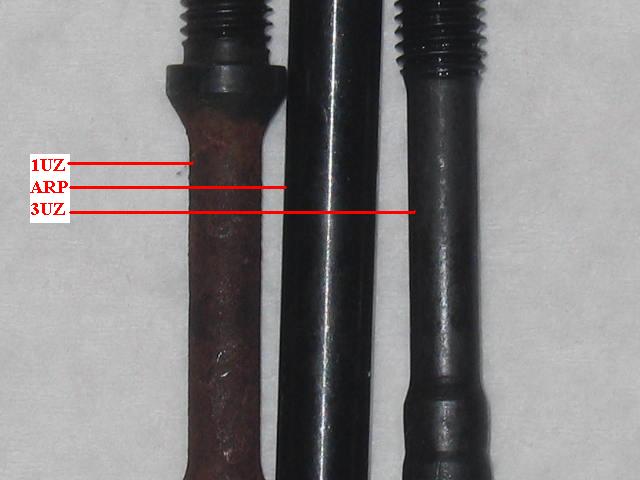 Here is something very interesting and you might not find this on the net about our engine block.  If you look at the picture below you will noticed the two holes for the studs have different depth.  The inner hole is about .145″ deeper then the out hole. 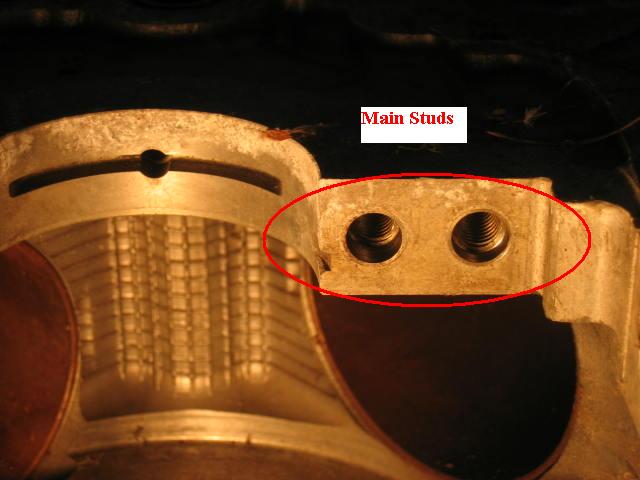 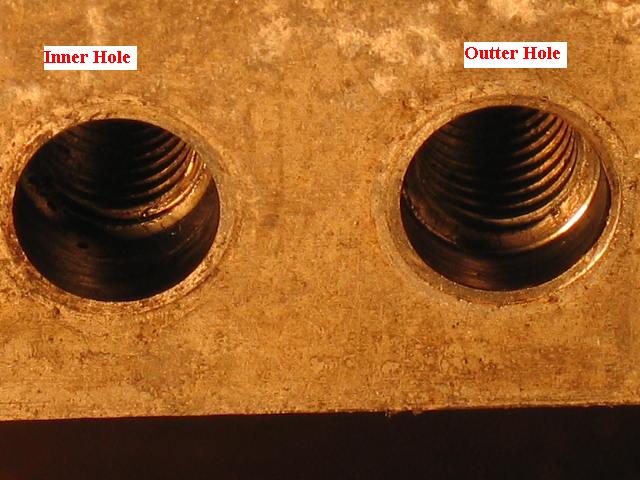 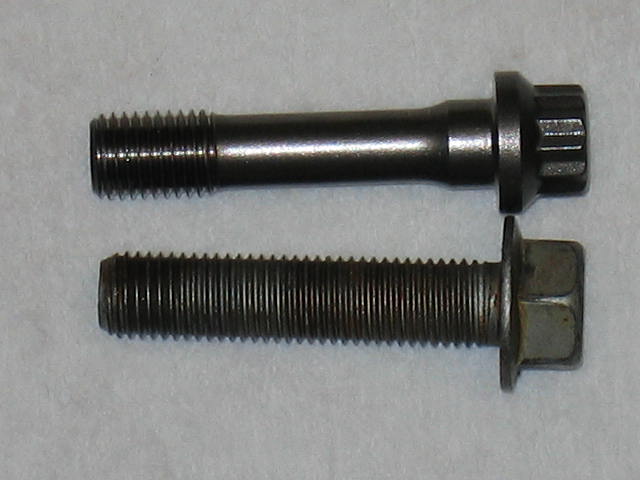 Here is a picture of the oem side bolt. 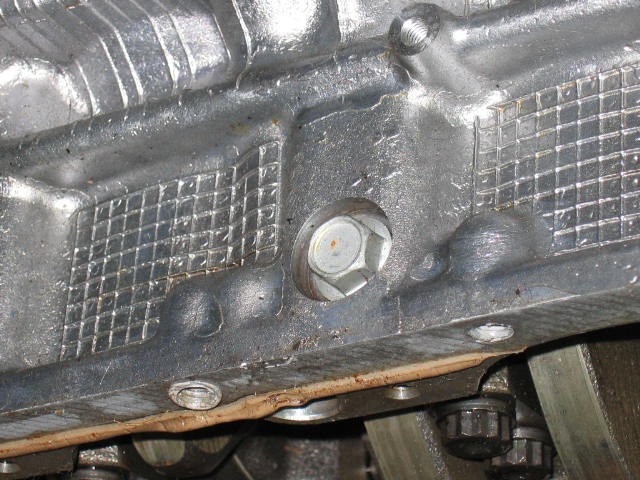 Here is a picture of the ARP Side bolt 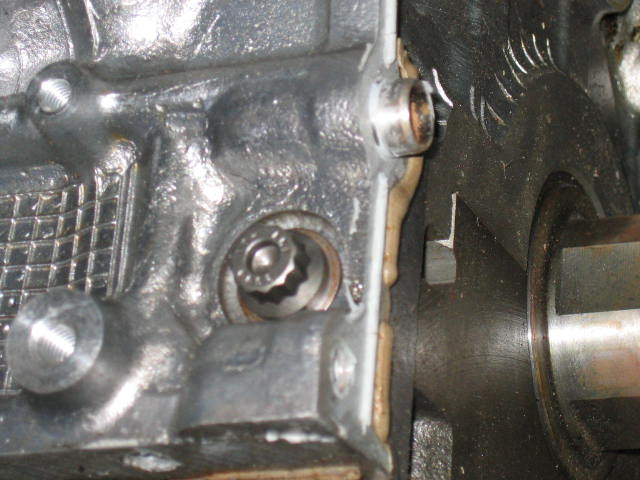 The picture below is a comparison between stock and upgraded side bolt. 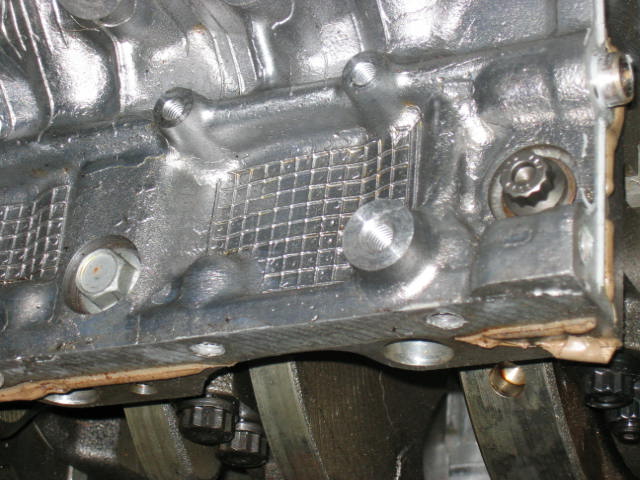 The pictures below are a close up of the arp main studs. 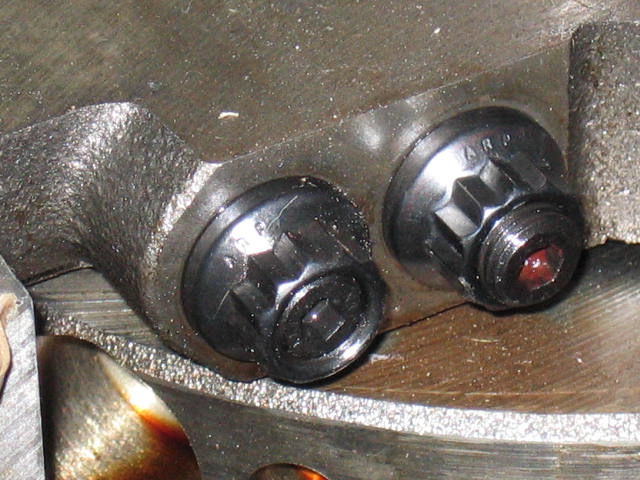 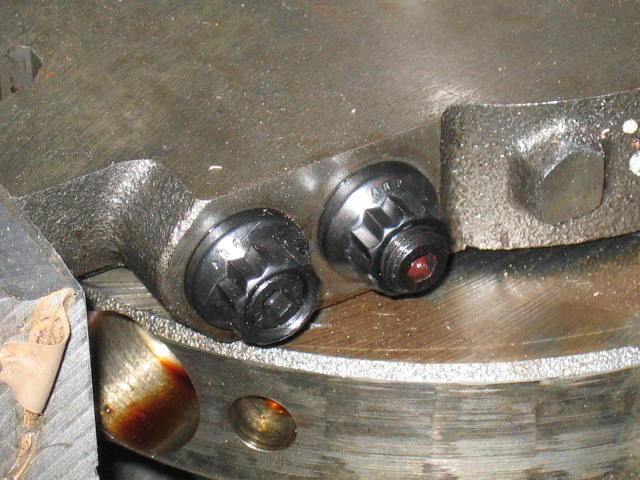 What does all these mean?  Stock Vs. Stock, the 1UZ has better fasteners.  Its is know by high performance arena that studs are stronger then bolts.  Therefore, its wise to upgrade your main bolts to main studs.  I have cross referenced some ARP Main Studs for the Lexus V8.  The ARP Main Studs are far superior than the standard 1UZFE main studs.  Please contact me for more information.

Other articles of interest: