Hello. I was searching for a good project car to swap after deciding that I did not want to swap my B210 (was close to doing a VG33 or Ecotec in it), since the B210 was never really the chassis I wanted to base the build on. I have driven the car for 7 years doing brake and suspension mods along the way.
In the search for a project car, primarily looking for a 2002 or a Celica (pretty different I know, but both are on the bucket list), I had this already swapped Celica fall in my lap. Yes, driving 1300 miles and driving both vehicles home is falling in my lap considering the price and the pristine shell this celica turned out to be. The 1uz is a great powerplant for this car. The power is so smooth, the torque curve seems so flat. Best of all with most the accessories pulled it doesn't weigh a ton more than the iron block 20R that came in these stateside.
I am in the process of pulling the tranny (w58) for a rebuild, putting in a less aggressive (hoping to go easier on the new tranny) clutch and upgrading to a larger rear end with LSD.
I am going to swap capacitors in my current ecu and am keeping my eye on a spare as well. I need to work out why the builder didn't wire in the speedo, its an aftermarket Intellitronix unit. He claimed the transmission sender is wired, but not the speedo... hope it's not a compatibility issue.
The motor was stripped to the longblock and rebuilt using almost all new components. Pulled from a 89k mile 94 LS400 (OBD1, so not positive on the year).
I plan to keep the near stock power levels for reliability and its plenty to power the little car. The only accessory on the motor is the alternator. Who knows after I do brakes and some more suspension upgrades I may want more. I have some trim and finish work to do to "finish the car" but, it's an amazing toy as is.
It's not my usual to buy an already built car, but the price was right and this thing is done quite like I would myself. 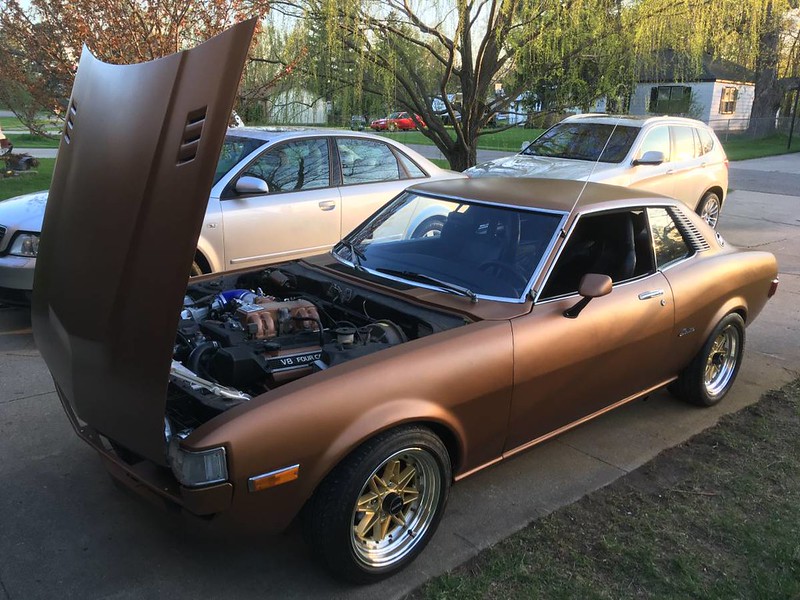 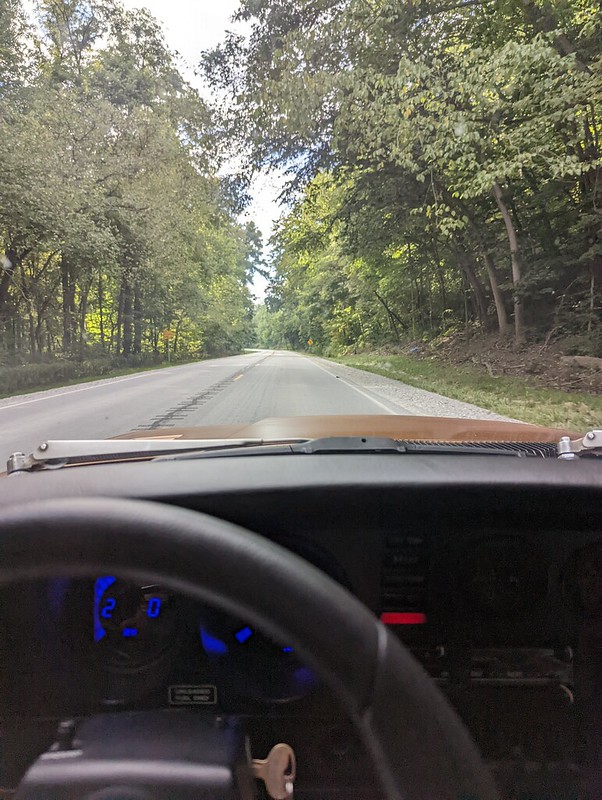 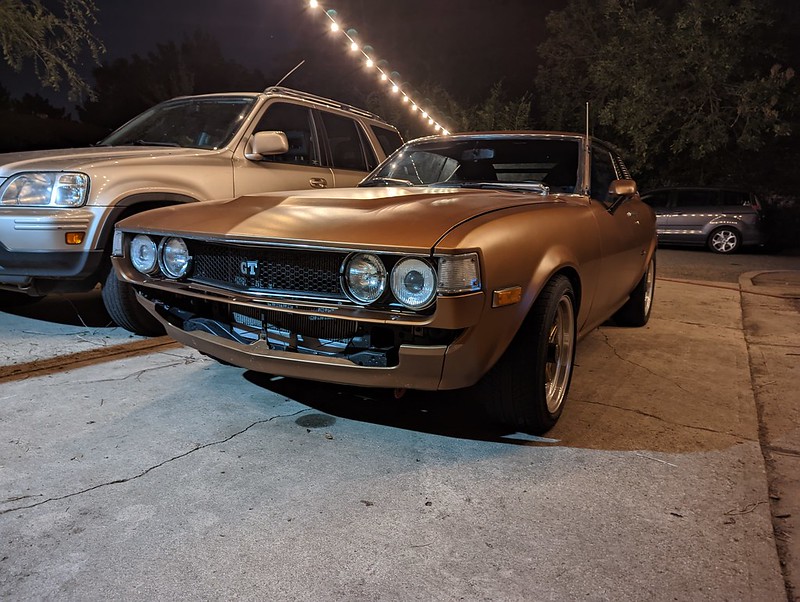 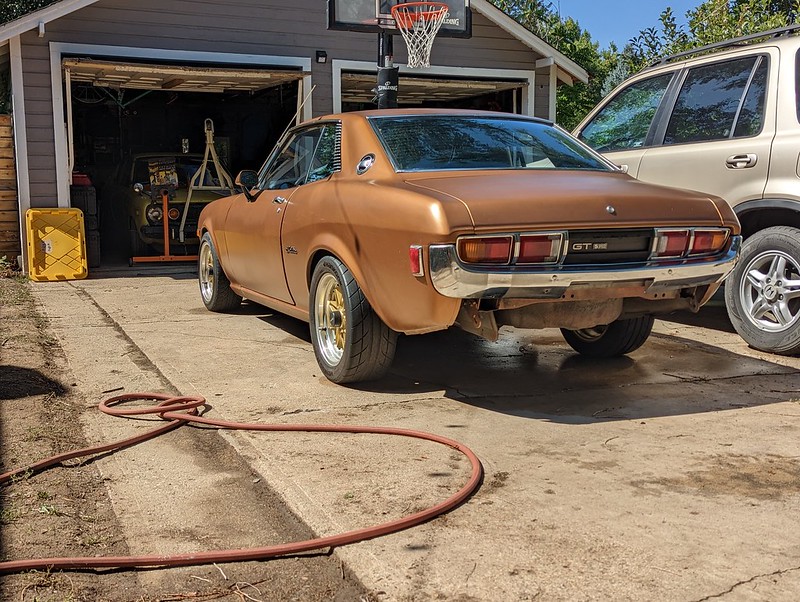 Spinnetti said:
Cool. 77' coupe was my first car. A buddy still has it. I put a JDM 18RGU twin cam and 4 wheel discs in mine.
Click to expand...

Mine will be getting rear discs as well when I swap the rear axle. Will hopefully be upgrading the fronts to something with a little more stopping power as well. 18RGU would be sweet, much truer to the character of the car. That iron block would probably not be much of a weight savings over the 1uz, especially since I have no AC or power steering.
I am hoping to keep my Datsun project, which I have the parts to build the stock motor to japanese spec. Not a ton of power, but then I can still have a revvy peppy little cruiser to compliment this beast.
You must log in or register to reply here.
Share:
Facebook Twitter Reddit Pinterest Tumblr WhatsApp Email Share Link